Home » Cuong – Getting out of comfort zone.

Everyone has their first time on shoot. Listen to Cuong – our Production Assistant  to know how he felt about his first travel shoot in Phu Quoc.

Q: Can you introduce your role in the WWF Project in Phu Quoc?

Cuong: I was the Camera Assistant (CA), mostly a focus puller, equipment keeper, sometimes a Camera Operator if Hung, our Director of Photography (DP), needed a quick break. Sometimes, I was also a Production Assistant (PA), helping the team with whatever they needed 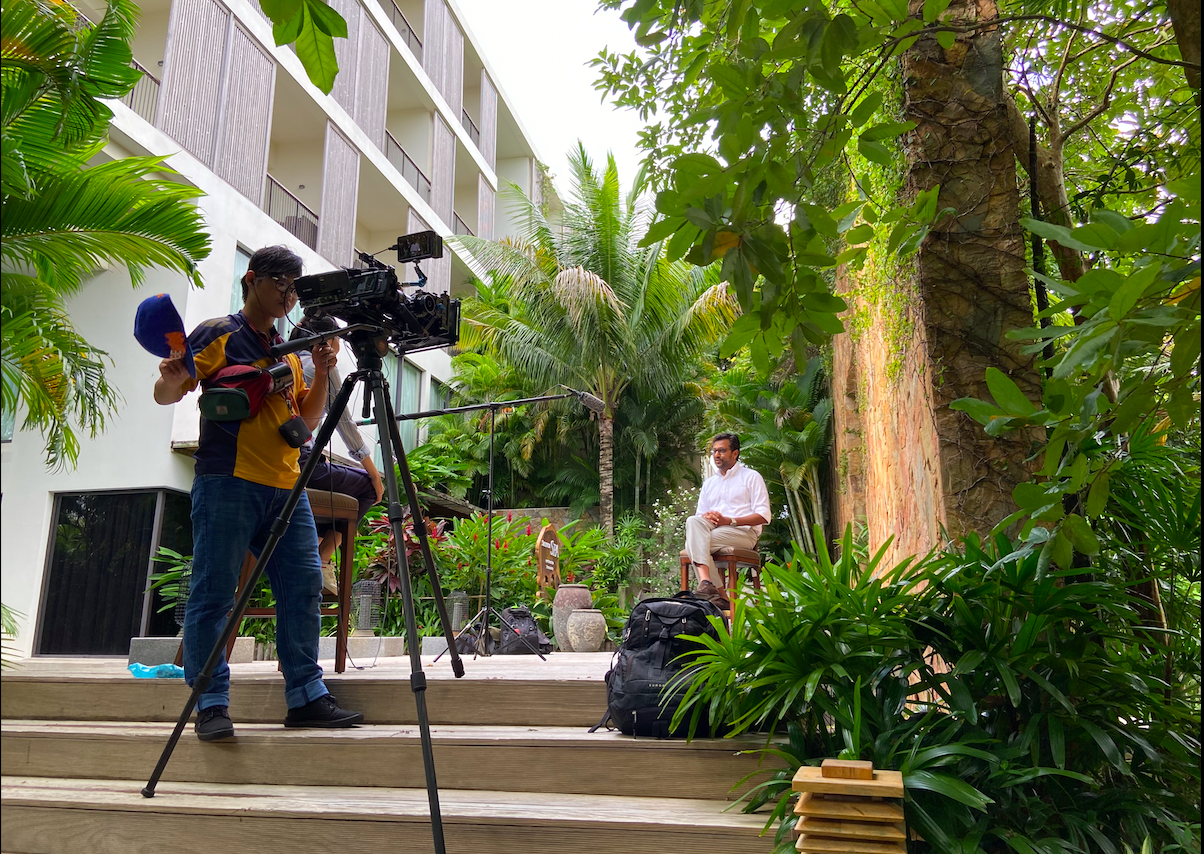 Q: What was new to you in the project?

Cuong: Everything about camera assistance is. Phu Quoc project is the first time I ever took on the role of a focus puller. I did some projects as a camera operator before, but all were pretty lightweight. Literally lightweight too. Compared to the last projects where we shot with simple equipment, on that trip, we shot with way more complicated gears. For example, we used a cine lens instead of a photo lens, which was far more fiddly and bulky. In total, I needed to take care of 60kg of equipment, dragging them at 2 am from Saigon to Phu Quoc and running around with all that for a week. It was quite hectic.

Adding to that physical demand was another layer of technical difficulties. As a first-time focus puller for a cine lens, I had a sharp learning curve. Even the act of pulling the focus for the cine lens requires more attention and labor.

We also did many handheld shots. That means I can’t sit in one place to fix the focus but had to run with DP. All things considered, it was a strenuous trip. But I learned a lot from it.

Q: I imagine taking on a new task for a big project like that would not be easy. Were there any “bumps” you experienced during the process?

Cuong: Haha, of course, there were many. The DP gave me a rollicking all the time. But as I said, I improved a lot over the five days. The first day was a scrap, the second day wrote off, the third day still a wack. But then the fourth and fifth days were bound to get better.

Despite that, people were incredibly supportive of me. They would tell me: “Well pal, that’s ok, we can get this, calm down” then show me what to do to achieve specific effects in our image and everything. It helps me a lot in overcoming all the challenges over those five days. 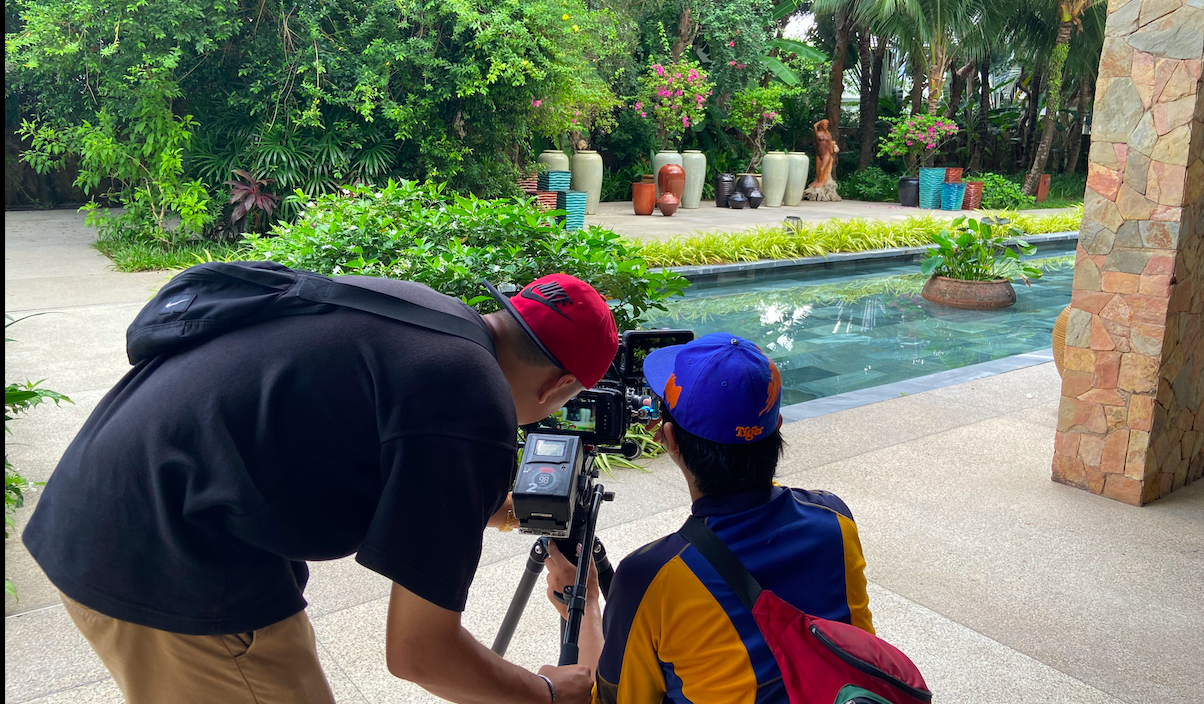 Q: What’s the biggest lesson you learned from the project?

Cuong: I feel like I’ve become more fastidious. I paid way more attention to details. It’s like, as a beginner, you would pass by everything and think that it’s easy, but now you know what’s qualified and what’s not, there’s much more to think about. How to tell the story in a certain way by a particular technique. How to cover it up without the right equipment. You realize there’s much more you don’t know. I can see the immediate effect of that learning experience when I went to another shoot after that – my operation went more smoothly.

Q: How about teamwork skills?

Cuong: I changed in many aspects of teamwork. We also grew closer together. People joked that I would resign after the project because of all the “lectures”. But we became better friends indeed. I still hang out with Hung our DP and roast him daily haha. It’s also refreshing to see people after we wrapped up each day, when people dropped their professional manner and returned to their personal side. I could see who they are as “normal people”.

Q: Any memorable events during the filming process you want to share?

Cuong: The funniest thing happened on the last shooting day. We were supposed to finish at 6:00 PM. But at 2:00 PM, our Production Assistant (PA) cried out loud, “how come we went on a travel shoot in Phu Quoc but cannot swim at the ocean once.” Adrenaline kicked in, we finished at 4:00PM, headed to the beach despite the warning of big waves. There were big waves, indeed. We ended up leaving the ocean after only 30 minutes. But it was super fun and worth it.

Oh, one more thing. A character that we interviewed later gave Summer a dog of his. So by lunch, Summer appeared and told us, “Yo, I’m taking a boat back home with this dog, cannot come on the airplane with you all.” We spent one day and night thinking of the dog’s name. 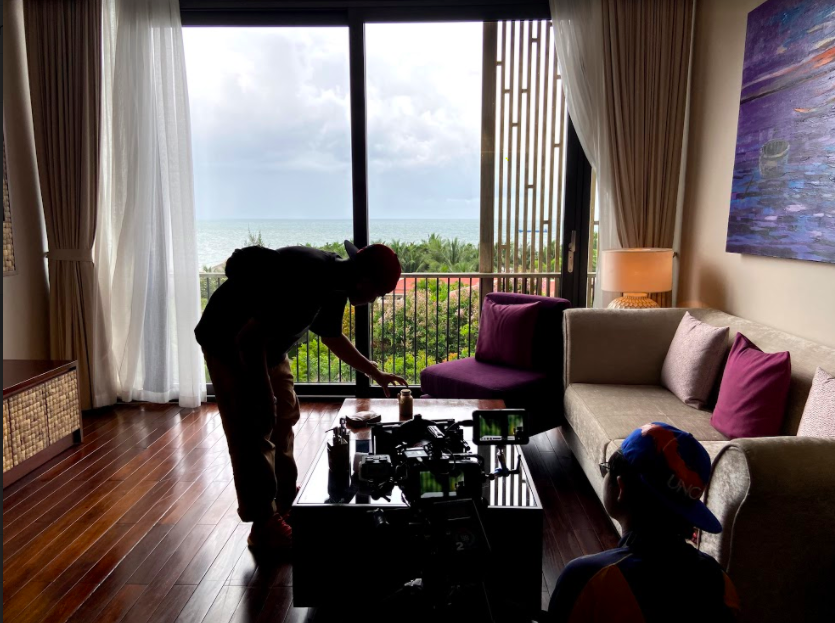 A travel shoot can be very challenging, but you will learn a lot. By the time you look back, you will be surprised for the progression you have made, and you will be thankful for the people you have worked with.