Home » The Mahout – BTS
The Mahout –  a touching story directed by the talented young woman Teresa Carante and supporting the meaningful program Ethical Elephant Tour Initiative – organized by the local government in collaboration with Animals Asia and Olsen Animal Trust
Let’s check our below interview with Teresa Carante to know more about her experience and thought about this meaningful project! 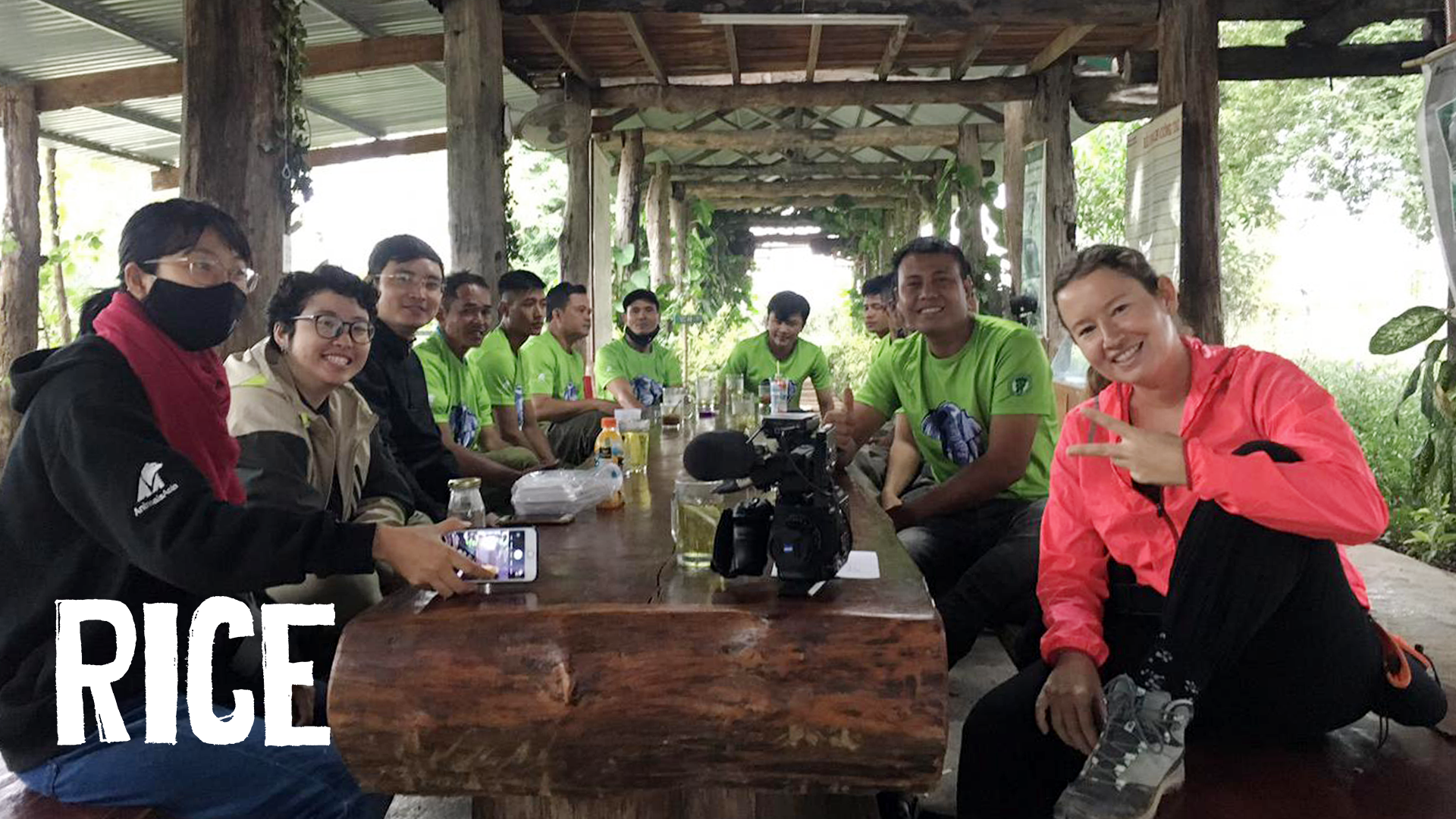 Asian elephants’ distinct and complex personalities strongly resemble ours, making it extremely fascinating to be around them. When Animals Asia offered me to make a short documentary about their new elephant rescue program in Vietnam I could not wait to start. I suggested the team telling the story of the humans closest to these animals: their mahouts. My deep fascination for human-animal connection stories strongly drawn me to look into the bond the mahouts share with their elephants, and I am so glad I did.

I want the audience to understand where these mahouts come from and how much they have changed in just one generation.

The elephant is a sacred and precious property for the Ede and M’Nong minorities of Daklak, a representation of prosperity and authority of the owners and conservation of their traditions. However harsh traditional methods were implemented to capture and domesticate the animals. The young mahout featured in my documentary expresses their desire to protect elephants from such harsh living conditions, and fight every day to keep their precious friend healthy both physically and emotionally inside the Yok Don National Park.

Some old mahouts are also changing to a kinder approach to elephant caring, showing that change is possible, and today change is needed in order to save elephants from disappearing completely from these wonderful Vietnamise highlands.

Today it is illegal in Vietnam to hunt wild elephants. The captive elephants these mahouts care for were all captured by their parents and family members back in the days when it was still legal. These young mahouts all express a desire to protect Vietnamese elephants, inviting the audience to not ride elephants anymore, not pay to watch elephant shows, but instead to come to the forest and quietly observe these majestic creatures in their own habitat. By supporting eco-tourism, both local communities and wild animals can thrive in their own homes. 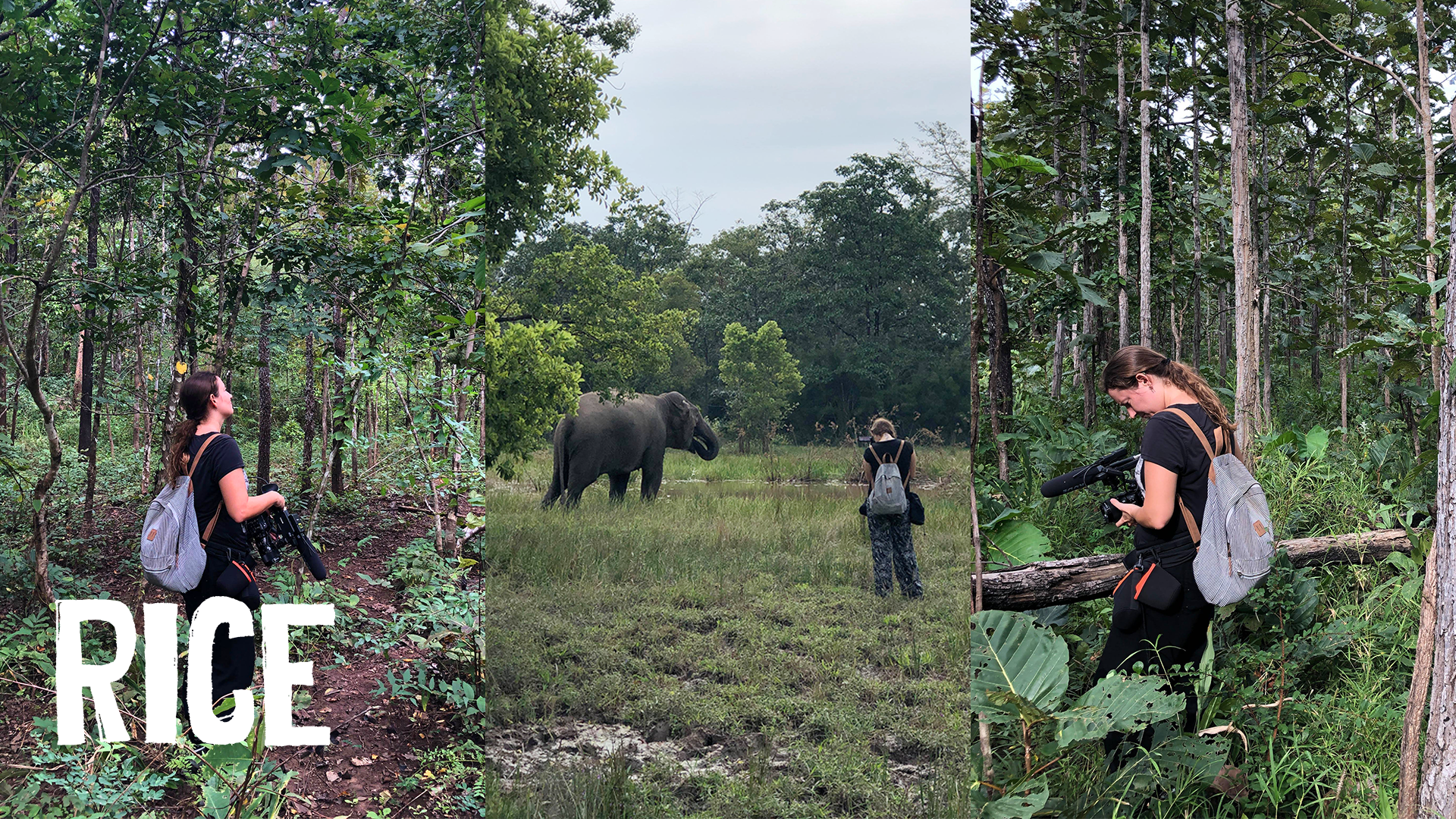 I always start the day with a structured idea of how I want the story to move forward, letting the events unfold as they should. When I started filming these mahouts I didn’t know their story and could not have predicted what they were going to say. I didn’t think about their children, and therefore I was not planning to put them in the video, but it ended up becoming the heart of the film. After learning about their traditions and habits of sons following the father’s steps as a mahout, I connected the dots and realized how important their opinions and love for animals are as parents and educators of future generations. Likewise, this love for elephants was transferred to them from their fathers too, and that is why I wanted to start the film with Nhat’s father and mother saying goodbye to H’Plo. The love these people have for elephants is clear from the start. The hardship they go through on a daily basis to care for these animals is visible from the images. The reason why they do what they do is reflected in the eyes of their children, and in the end, the mahout addresses the audience directly by asking them to please stop riding elephants and join their elephant-friendly tourism model in the forest. My experience as a documentary filmmaker taught me to shoot as much as I can, always think about potential editing scenarios and get the images I need. Then when you sit down and actually start editing, be flexible and prepared to completely change the structure to one that best fits the content captured. For example, I realized that not one mahout specifically had a stronger story than another, but that they all said something quite powerful in their interviews. I decided that I wanted all those powerful sentences to be in the film, as they all added to what being a mahout means. That is why in the 7minutes documentary you don’t see talking heads, nor do I follow one specific mahout, but instead the many voices add up describing the essence of a mahout who works at the Yok Don National Park.

The moment that H’Plo met H’Non was quite magical. Introducing two stranger elephants to one another can be very risky, often ending up in two fights with each other. However H’Non used to work at the same tourism center as H’Plo back in the days, and therefore the mahout hoped that they would remember each other and get along well. And that is exactly what happened. In the beginning, we were all a bit scared, ready to intervene in case H’Non would try to attack H’Plo, but to our surprise, they not only remembered each other, but we’re so happy to reunite. I learned that elephants flap their ears when they are content, and they make this incredible sound with their trunk by hitting the ground with it.

After the elephants are rescued by Animals Asia and transferred into the park, they spend a lot of time alone with their mahouts. It’s not that easy to get two elephants to like each other, and so when they do something extraordinary happens, and everyone’s so happy to see their elephant socializing and interacting with their own species.

By spending two weeks in the Yok Don National Park with these elephants, I learned that they love to move, explore, eat different types of plants/roots, bathe in the water and be free. After learning about this aspect of their nature, to then see elephants at the tourism center being tied up to a tree not moving at all broke my heart. It is not natural for an elephant to be so motionless and not constantly eating (they eat all the time – in the wild females eat up to 250kg and males up to 320kg of food a day). To see the two sides of the coin I now know it’s not ok to do what we do to them.

A hand touch is always very powerful, so I tried to film the mahout’s hands touching/feeding their elephants a lot. Likewise the elephant trunk resembles a human hand, and so I was always paying attention to it, trying to film it reaching out to their human friend. Also, the voice commands really surprised me! To see an elephant willingly follow its mahout just by the sound of its voice was quite amazing for me, so I filmed a lot of that too.

I definitely do! Ms. Loan who was my translator during the shoot and Vy who helped me so much bonding with the mahouts, both became great friends of mine! We are actually trying to organize a second shooting expedition as I am trying to make a long documentary about these incredible mahouts. Without Ms. Loan and Vy’s help, I could never do that. Likewise, I grew very close to the mahouts and we became good friends throughout my stay at the park. Without meaningful connections, a documentary cannot be true to its characters and therefore it will not be successful. I always remind myself that a documentary has the power to change people, and that power should not be underestimated nor ignored. I always do my best to understand and connect with my subjects and my crew in order to help one another create the best and most powerful version of every documentary I film.

I do not have anything in place yet, but I am trying to organize with my crew to film a longer version of this documentary. I hope to interact with the Buon Don communities by bringing “The Mahout” to schools and show it to students. I would like to have the opportunity to ask the local children to describe their memories of when they first saw an elephant and their love for animals in general. I believe in change, and I hope that by using my filmmaking skills I can help the audience remember how precious and wonderful elephants are. By echoing the cries of these communities/minorities whose heritage and lifestyle follow into the elephant’s footsteps, I hope to raise awareness. There is so much I can do on my own… ultimately it’s up to the people of Vietnam to raise up and protect their iconic Asian elephant.